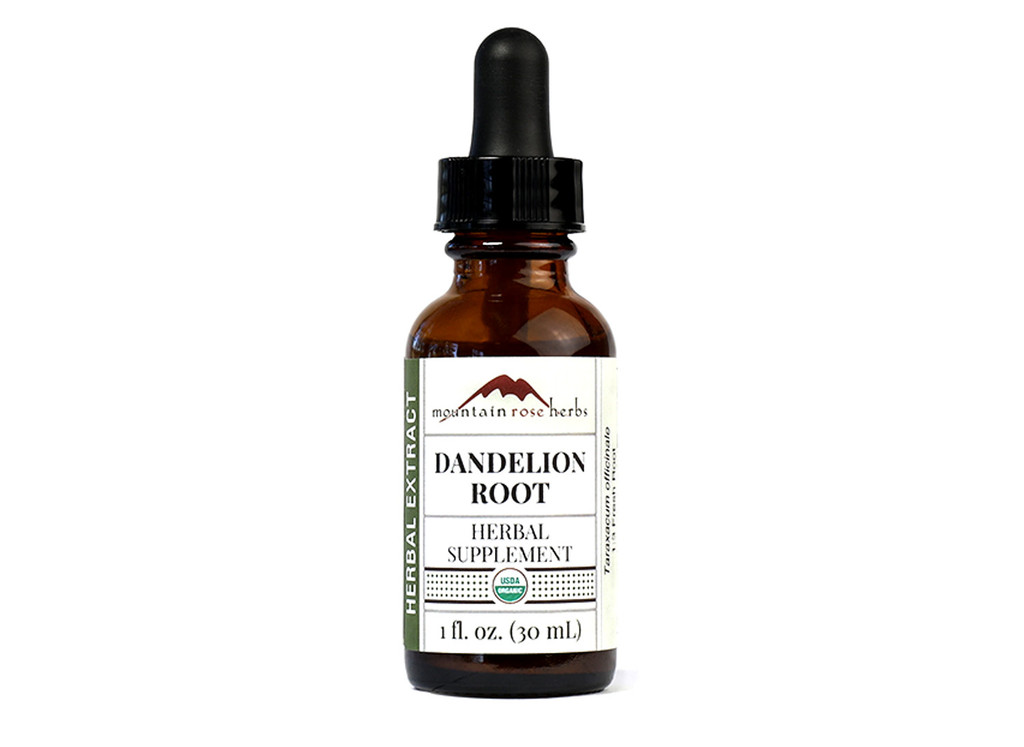 Dandelion is a well-known and treasured botanical with a long history of use in traditional herbal practices worldwide. Although dandelion is produced commercially, it grows practically everywhere around the world. While the widely recognized plant is tenacious and thrives in a variety of climates, it will produce more substantial roots in moist, rich, deep soils. The fresh dandelion root used in our extract is organically cultivated in the United States.

Taraxacum officinale is a perennial herb with a sunny flower head that is composed of hundreds of tiny flowers, deeply cut leaves that form a basal rosette, and a thick taproot that is brown on the outside and white on the inside. A member of the Asteraceae family, dandelion’s flowers close in the evening or during cloudy weather and opens back up in the morning, much like its cousin calendula. When the flower is closed it can resemble a pig's nose, hence one of its common names, swine's snout. Naturalized all over the world, dandelion is commonly found growing alongside roads and in lawns as a common weed.

Dandelion has been used for thousands of years in Traditional Chinese Medicine (TCM), Ayurveda, traditional Arabian medicine from the tenth century, and other folk healing modalities. Historically, the plant was utilized as a restorative tonic, edible food, and in herbal beers and wines. In the United States, various indigenous cultures considered dandelion to be a prized edible and employed the root for healthy GI functioning, as an alterative, and in topical applications. According to TCM, dandelion is considered to be energetically sweet, drying, and cooling and was often called upon to clear heat from the liver. It was also used in TCM for its beneficial effect on the stomach and lungs as well as uplifting the mood. Dandelion was traditionally used in many systems of medicine to support digestive and gastrointestinal health.*

Young dandelion greens are often enjoyed for their slightly bitter crunch in salads, soups, and spring pestos. Older leaves are sauteed and treated much like spinach or are dried and made into tea. Dandelion root is usually harvested in the spring or fall and decocted as dandelion tea, formulated into herbal tea blends, made into dandelion extract, or infused into body care recipes.

Our dandelion extract is made with fresh organic root and organic grain alcohol. Slightly bitter and earthy in flavor, it can be added to a range of extracts including burdock root extract, nettle extract, and Oregon grape root extract. Add dandelion tincture to water or juice or add a healthful boost to your cup of caffeinated or herbal tea such as classic chai tea, spring green tea, or 5th chakra tea.