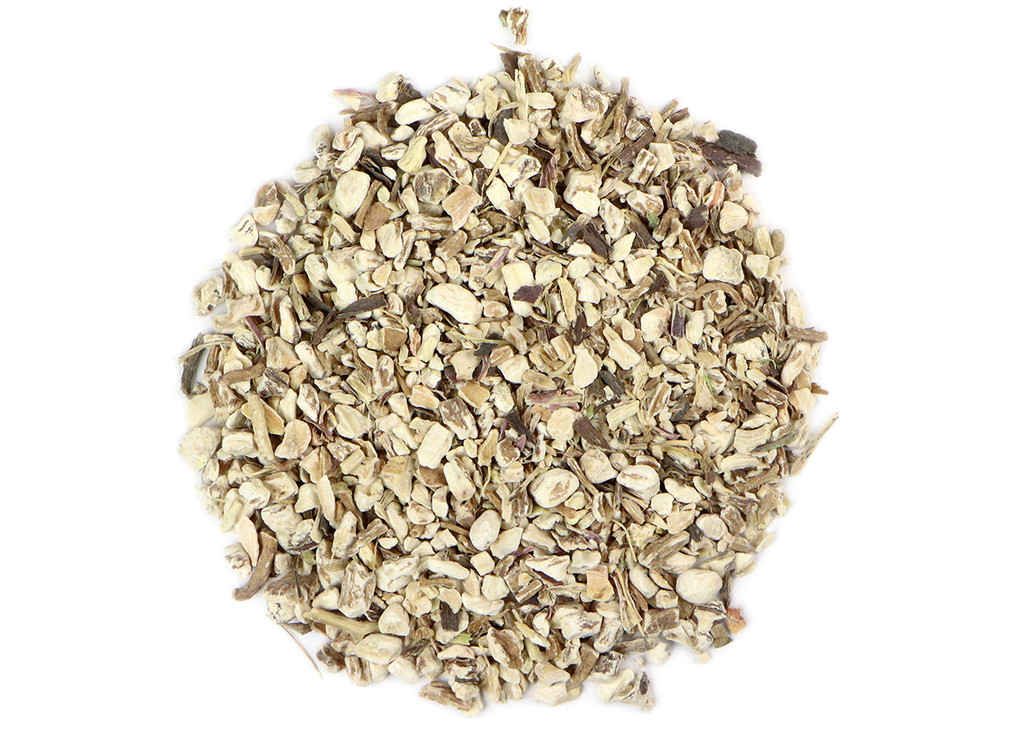 Dandelion is a treasured botanical with a long history of use in traditional herbal practices worldwide. This perennial herb has a sunny flower head that is composed of hundreds of tiny flowers, deeply cut leaves that form a basal rosette, and a thick taproot. Our dandelion root is organically cultivated in the United States. Taraxacum officinale can be decocted as dandelion tea, added to herbal tea blends, made into dandelion extract, or infused into body care recipes.