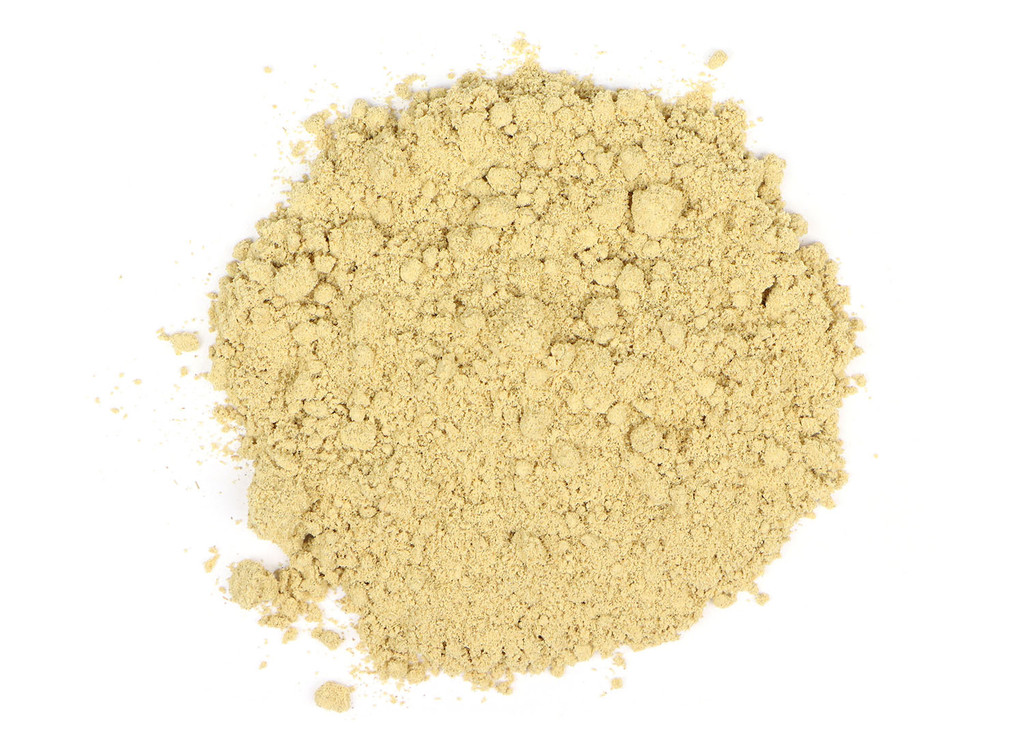 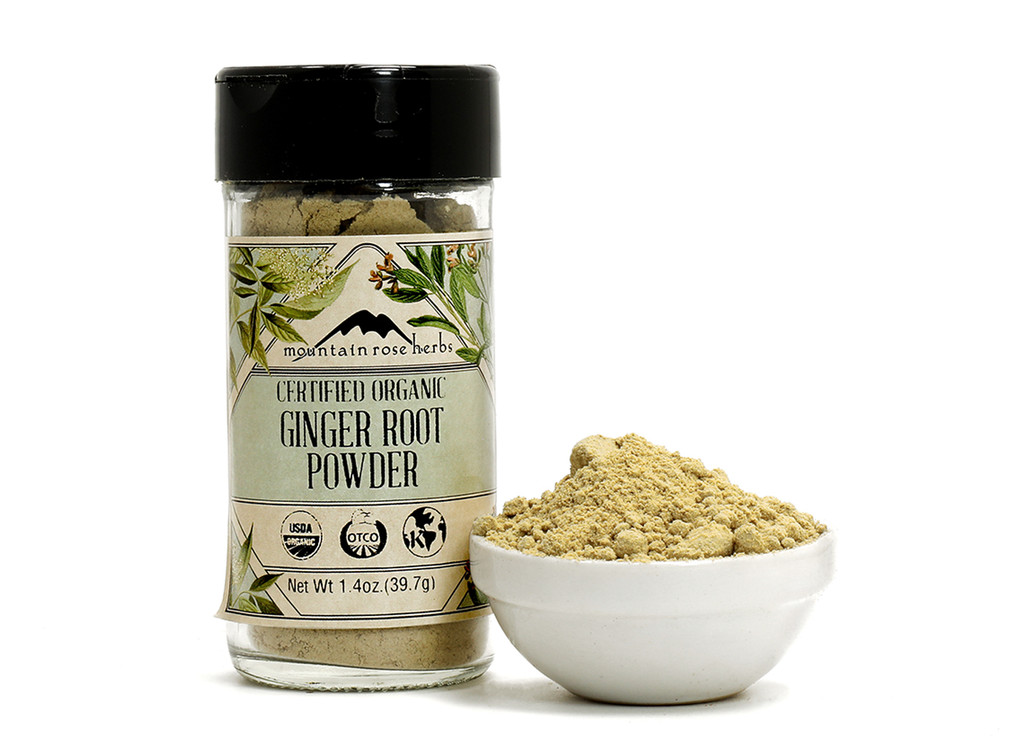 Ginger is a warming, zesty spice that has been used in culinary and healthful applications for thousands of years. The aromatic root is used extensively as a flavoring agent in food, candies, and beverages. Our ginger powder is ground from organically cultivated Zingiber officinale root. Ginger root powder can be infused into herbal extracts and syrups and used as a spice in cooking and baking recipes.

Ginger has been valued as a zesty spice and a reliable herb for centuries, with the first recorded uses found in ancient Sanskrit and Chinese texts. It has also been utilized in Greek, Roman, Arabic, and Unani Tibb traditional medicine practices and is now a widely known herb in most parts of the world. It is a flavoring agent in beer, soft drinks, candies, and a staple spice and condiment in many countries. Ginger essential oil has been used in a vast array of cosmetics and perfumes.

A member from the Zingiberaceae family which also contains turmeric (Curcuma sp.) and cardamom (Amomum sp. and Elettaria sp.), ginger is a tropical, aromatic, perennial herb which is most likely native to tropical Asia (yet has been cultivated for so long that the exact origin is unclear). The part used is its fleshy rhizome, often mistakenly referred to as a root. Ginger is widely cultivated in many tropical countries. It is believed that the Spaniard, Francisco de Mendosa, transplanted ginger from southeast Asia or the 'East Indies' in 1547 to the 'West Indies' (most of the Carribbean) and Mexico. The Spanish cultivated it extensively and then exported it in large amounts to various countries in Europe. Prior to this, ginger used in Europe was obtained from Arab spice traders.

The genus name is a derivation of the Latin gingiber, which originated from the Sanskrit srngaveram, which breaks down to the word for horn or srngam and the word for body which is vera, denoting the horn-shape of its root.

Ginger has risen to be among the top twelve spices most consumed in the United States, replacing fennel seed. Presently, the main producers of ginger are India, China, Indonesia, Nigeria, the Philippines and Thailand, although other countries such as Jamaica produce it as well. The 'white ginger' is the peeled rhizome that is often produced in Jamaica and the 'black ginger' or unpeeled rhizome, is mostly from Sierra Leone and China.

When it comes to just the pure essential oil, the main producers are India and China, and the major importing countries are the United States, Europe, and Japan.

The first recorded use of ginger goes as far back as its appearance in the ancient Chinese herbal Shen Nong Ben Cao Jing, written by emperor Shen Nong around 2,000 B.C.E. and the ancient Sanskrit text of India, the Mahabharata, around 400 B.C.E. In the latter text, a recipe with stewed meat and ginger is described. In Ayurveda (the traditional healing system of India) one of the many Sanskrit names for ginger is shunthi or sunthi thought to be derived from the ancient city that bears the same name mentioned in the epic Indian text, the Ramayana (which was from around the same time as the Mahabharata). This city was thus considered an ancient capitol of the ginger trade by 200 B.C.

There are various accounts of ginger being exported from India to the Roman empire around 2000 years ago. At this time, it was used for both a flavorful spice and herb. Ginger has been in continuous use ever since in Europe, and was prized during the reign of King Henry the VIII in the 1500's. By the 16th century, one pound of ginger was worth one sheep in England.

Ginger was prized in love spells for its 'heating up' qualities and has been considered a love herb since ancient times. It was believed that ginger could hasten the success of any spell and that planting a ginger root would ensure financial abundance.

In the book Herbal Emissaries: Bringing Chinese Herbs to the West, Steven Foster writes: Ginger is truly an herbal emissary in the broadest sense. Perhaps no other herb, except garlic, crosses all barriers, cultural, historical, and geographic–food versus medicine, Western versus Oriental, scientific versus folk tradition. Ginger is a universal herb in all respects.

Ginger has been used for thousands of years in Traditional Chinese Medicine (TCM), and is believed to affect lung, spleen, heart, and stomach meridians.

It is called gan jiang, referring to the dried, older winter rhizome, or shen jiang, which is the fresh, young and tender rhizome. As having two different names for ginger implies, fresh and dried ginger are considered to have very different qualities. Ginger is believed to be more moistening when fresh and also to be energetically warm, whereas the dried root is energetically hot, and more drying. Both have been employed in cases of diarrhea, vomiting and nausea, amongst many other uses. Fresh ginger is preferred in TCM for nausea, as the dried ginger is considered to be too heating. Fresh ginger is valued as a diaphoretic and aid in expelling toxins.

Ginger is still a very important herb in Europe and is extensively imported in Germany. It is approved in the Commission E monographs and found in countless preparations all over Europe. Ginger has been and is still extensively used as a flavoring: as a condiment in the form of a paste, sliced and pickled, or powdered, as flavoring agent for soft drinks and ginger beer, distilled into an essential oil, and also as a candy or lozenge. There are many different types of ginger ranging from light colored Jamaican ginger, to the darker, more pungent African ginger often used in the production of essential oils.

In TCM ginger root is considered hot, acrid and in Ayurveda–pungent, sweet. Dried root for use in tincturing, infusions, and topical applications.