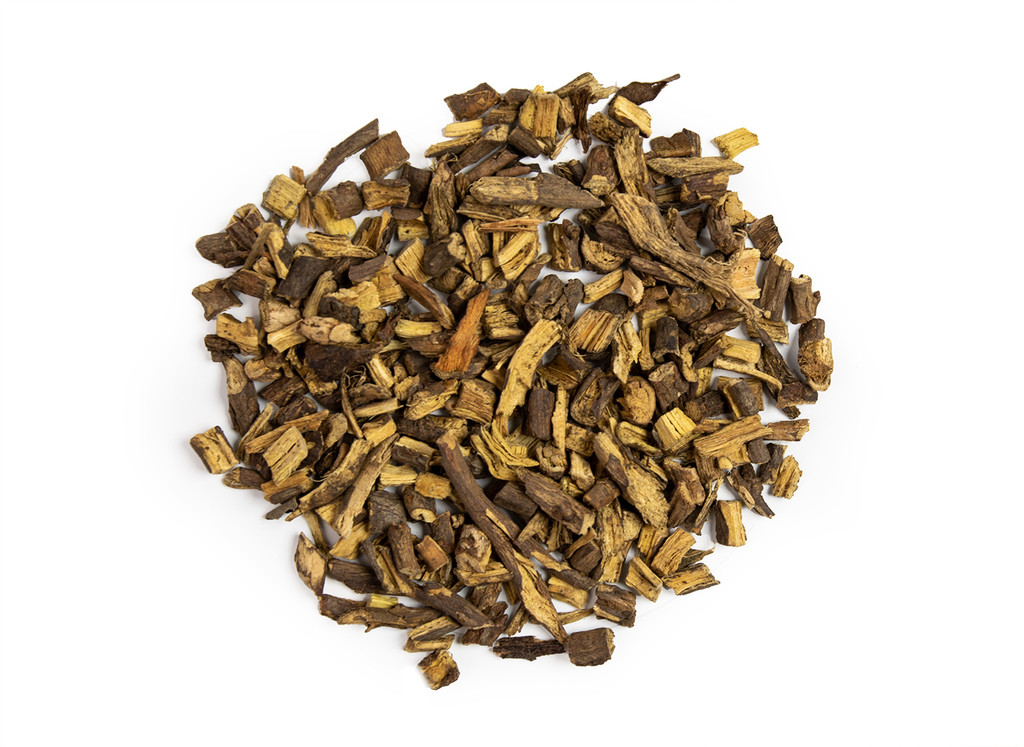 Glycyrrhiza glabra is an herbaceous legume that is native to the Middle East, southern Europe, and India. Licorice, sometimes spelled liquorice, is a favorite ingredient to sweeten herbal tea blends and is often used as a flavoring agent in candy. Licorice root has been an important herb in Eastern and Western traditions of herbalism for thousands of years. The root can be decocted as licorice tea and infused as licorice extract.