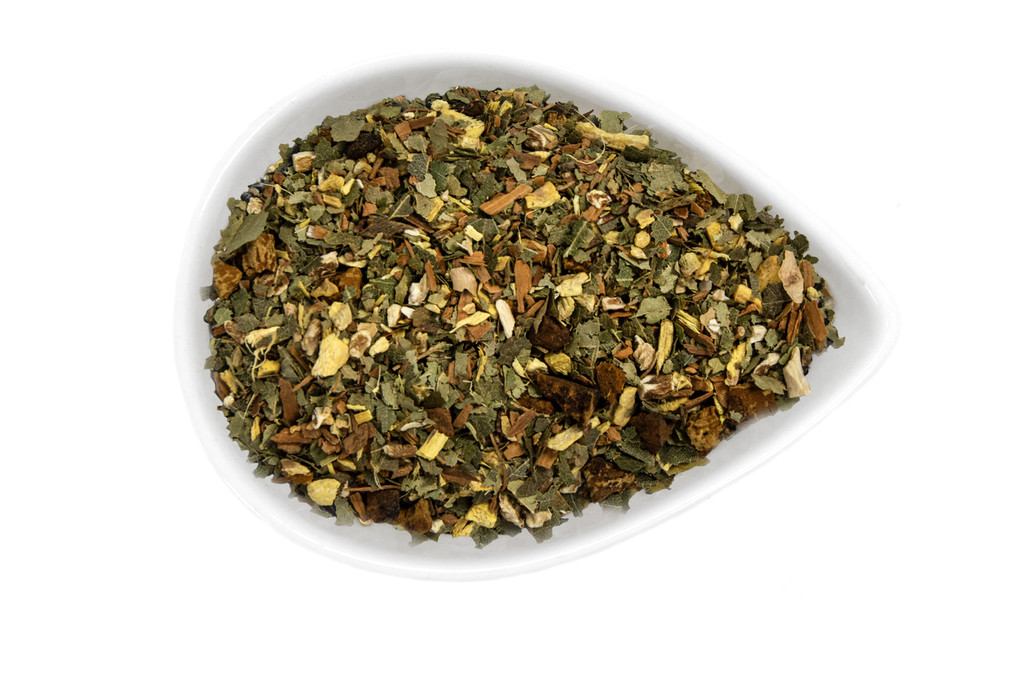 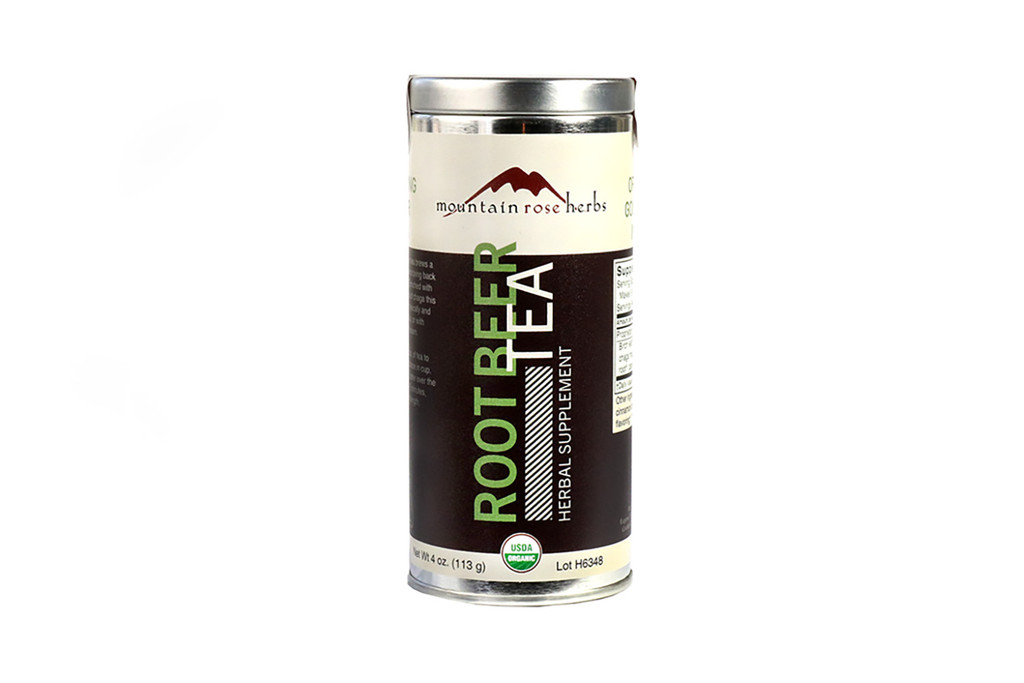 Root beer is a beverage many people are familiar with. The name brings up images of a dark brown soda with a foamy head, sometimes in a chilled mug and sometimes in a can. Better yet, poured over vanilla ice cream as a root beer float. Any way it comes to mind, we can agree that root beer is an American classic.

The name root beer is in reference to the root of the sassafras tree, Sassafras albidum, which is its primary constituent. This root is responsible for the flavor associated with root beer and was being used in indigenous beverages long before Europeans arrived in North America. Over the years the idea of a sassafras beverage evolved, root beer syrup started popping up in confectioners around 1840, with written recipes as far back as 1860.

Our root beer tea is a blend of beneficial herbs to support digestion, boost immune function and lead to improved feelings of overall bodily health. Although you won’t see sassafras in the ingredient list there are plenty of powerful plants in its place such as birch leaf, ginger root, and dandelion root, as well as the superfood chaga mushroom.

The antioxidant activity of polysaccharides (beta-glucans) contained in chaga help maintain cell integrity and fight free radicals. Chaga is used in traditional Russian Folk Medicine and Traditional Chinese Medicine to support gastrointestinal health, and as a tonic to support overall health.* Chaga supports immune health to help you stay feeling your best and supports the body’s immune defenses to stay feeling healthy.* Learn more about our organic chaga on our blog.

Aroma and Flavor
This tea has an herbaceous aroma with rooty notes and green earthy undertones. Hints of sweet and spicy ginger come through as the tea opens. Strongly reminiscent of root beer soda, this tea balances sweet, spicy and earthy in a light and flavorful blend.

Brewing Instructions
Fill 1 tablespoon of tea in a cloth tea bag or mesh basket and place in your favorite mug. Pour 8 ounces of boiling water over the tea and allow to steep for 3-5 minutes or until desired strength is reached.