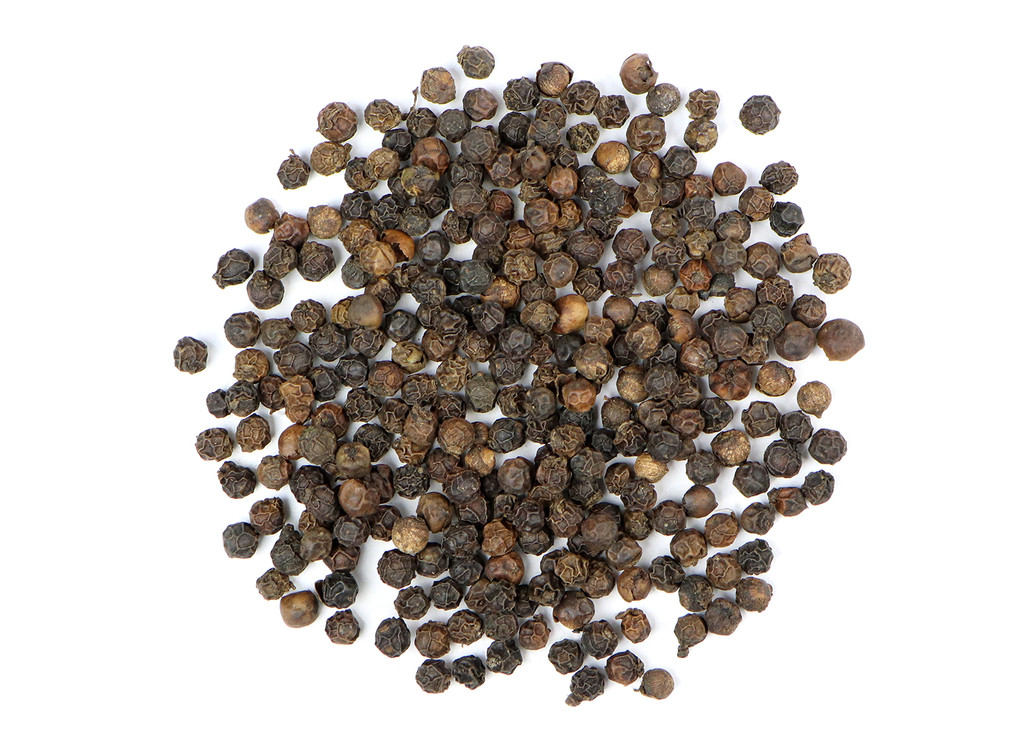 Native to tropical regions, the black peppercorn is the dried fruit from the Piper nigrum plant. Our organic, fair trade black peppercorns are smoked over a blend of seven different woods, creating a well-rounded, natural, smoky bouquet. Smoked black pepper can be used whole or ground to flavor marinades, rubs, and homemade spice blends.