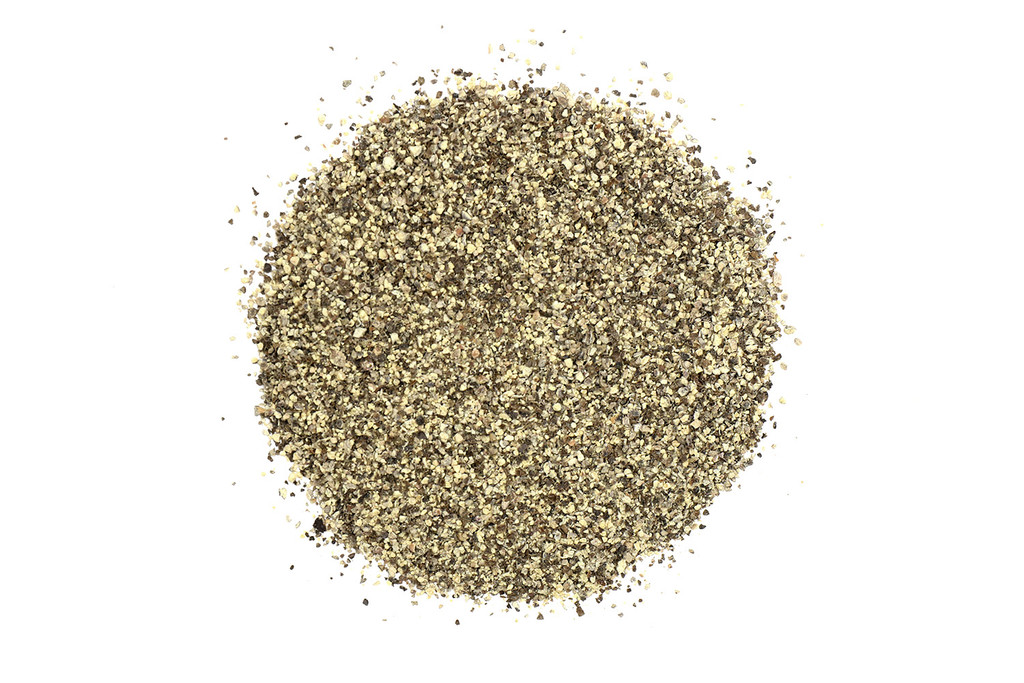 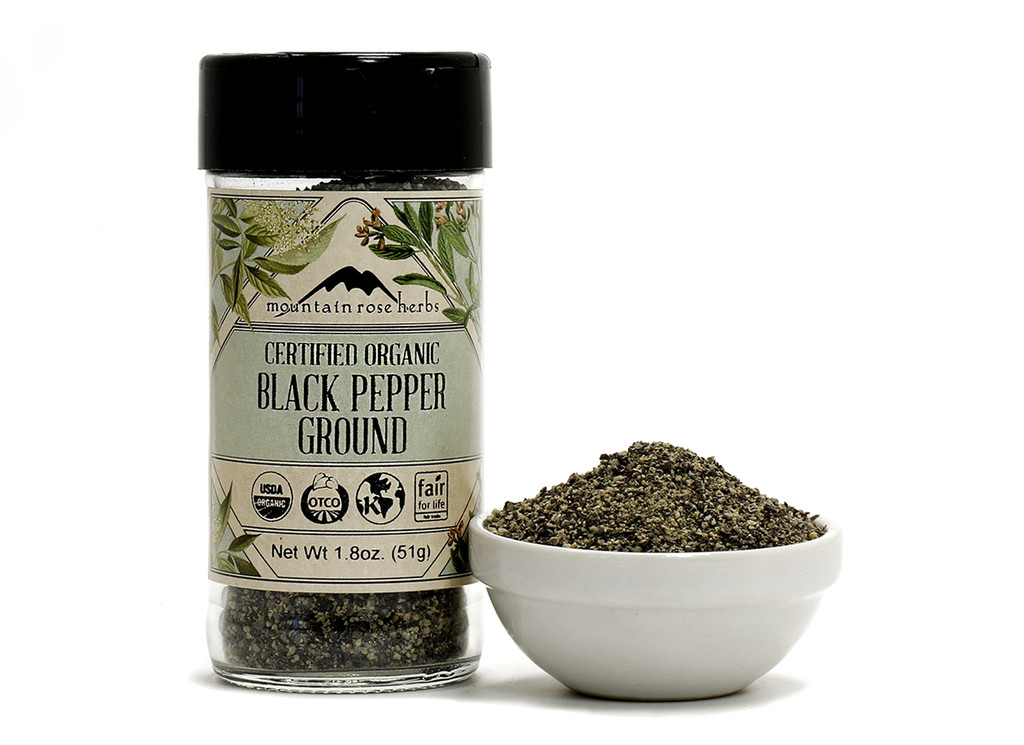 Our ground black pepper is milled as a table pepper, a perfect grind for your tabletop pepper shaker. This is a larger mesh size than a fine powder yet is a smaller grind than a 'cracked' peppercorn. Milled from our whole, organic, fair trade black peppercorns, this grind will make a great addition to homemade rubs and can be liberally sprinkled on top of salads, proteins, and vegetables for a zesty bite. Piper nigrum is widely used throughout the world to spice foods and beverages. Black pepper also serves as an ingredient in herbal preparations.