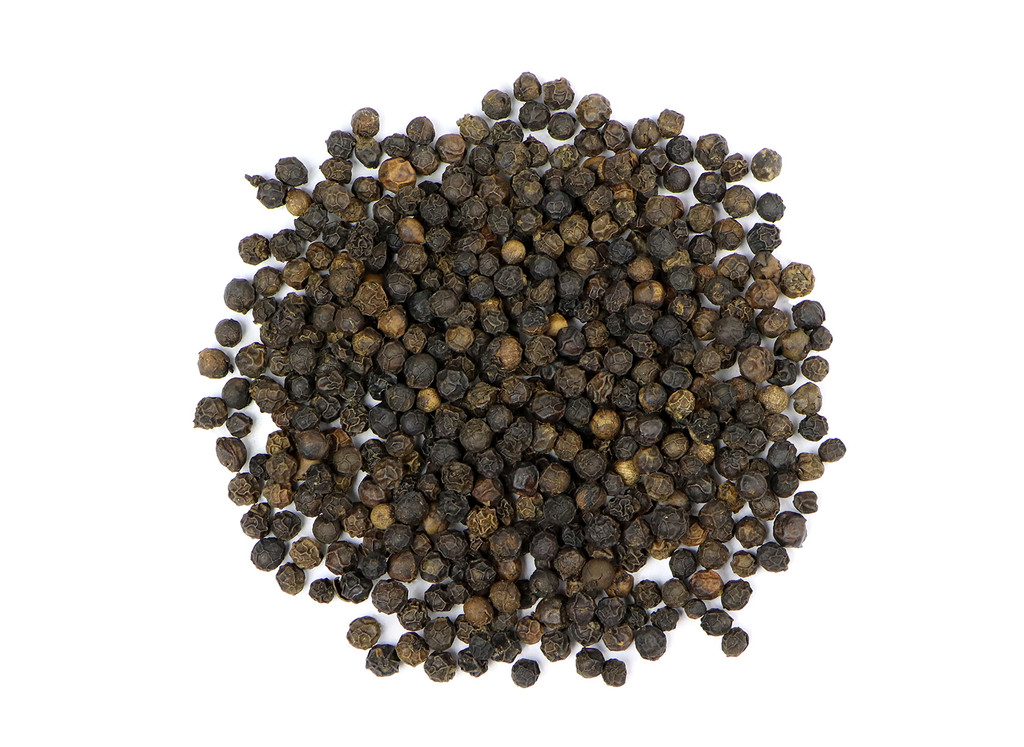 Black pepper is one of the most widely used spices in the world. Our organic beauties can be used whole or ground. The black peppercorn is the dried fruit from the Piper nigrum plant, which is native to tropical regions. Black peppercorns maintain their piquant aromatics best when stored whole. In addition to culinary uses, they can also be added to teas and infusions.

Precautions
Consumption of the fruit should not exceed small amounts for use as a spice.
We recommend that you consult with a qualified healthcare practitioner before using herbal products, particularly if you are pregnant, nursing, or on any medications.