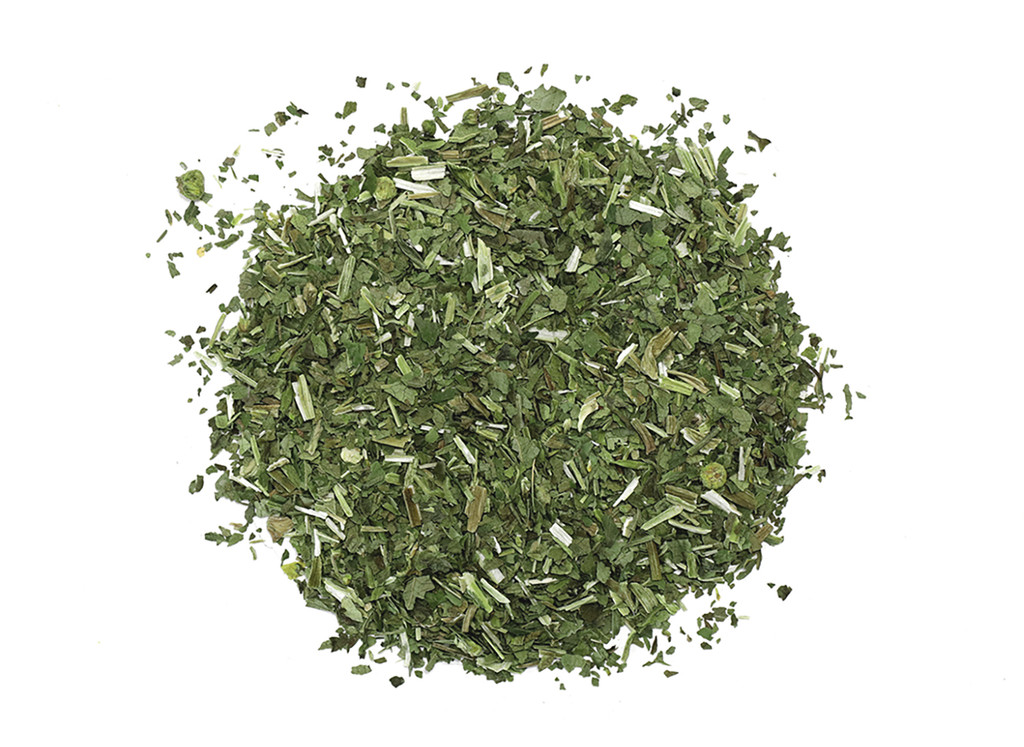 Spilanthes is easily recognized by its vibrant and unique flowering head. The plant’s bold and tingling sensations when ingested gave spilanthes its common name electric daisy and buzz buttons. Also called toothache plant, the aerial portions of the plant evoke saliva and have a history of being used to protect the teeth. The active constituent, spilanthol, is thought to be responsible for the herb’s beneficial properties and is found in all of the aerial portions. Native to Brazil, spilanthes in now cultivated around the world.

A member of the Asteraceae family, Acmella oleracea has an elongated-conical containing hundreds of tiny red, yellow, and orange hued disc flowers. Also referred to by its botanical synonym, Spilanthes acmela, the plant’s flower head looks almost like a hive or an artfully arranged eyeball. Spilanthes is a low growing plant with erect stems and broadly ovate, toothed leaves which come together to form a sharp tip at the end. A warm climate perennial, it is the aerial portions in bloom that are utilized around the world for their beneficial properties.

Spilanthes is used in several healing traditions including Traditional Chinese Medicine (TCM), Ayurveda, and western folk herbalism. It is often employed in acute conditions for its beneficial properties and is commonly associated with its affinity for the mouth. In TCM, spilanthes is considered energetically stimulating and warming and is employed to break-up stagnant energies. The plant also has a long history of use in Ayurveda and was thought to have an effect on all three doshas. It was often utilized in wellness formulas, support of the upper respiratory system, and for minor pain. In western folk herbalism the herb was a go to for its energetically relaxing, warming, and diffusive qualities.

In some traditions, the fresh leaves have been eaten in small amounts as a food, adding a unique flavor to salads or cooked as a pot green. A concentrated oil (called jambu oil) of spilanthes has been employed in chewing gums as a flavoring agent. However, traditional herbal preparations of spilanthes herb includes both internal and external applications. Fresh or dried aerial portions were often decocted or infused for tea. Mountain Rose Herbs sells the dried aerial portions of the plant which includes the leaf and flower. This herb can be extracted, made into a mouth wash, or blended as a synergistic component into herbal formulations.