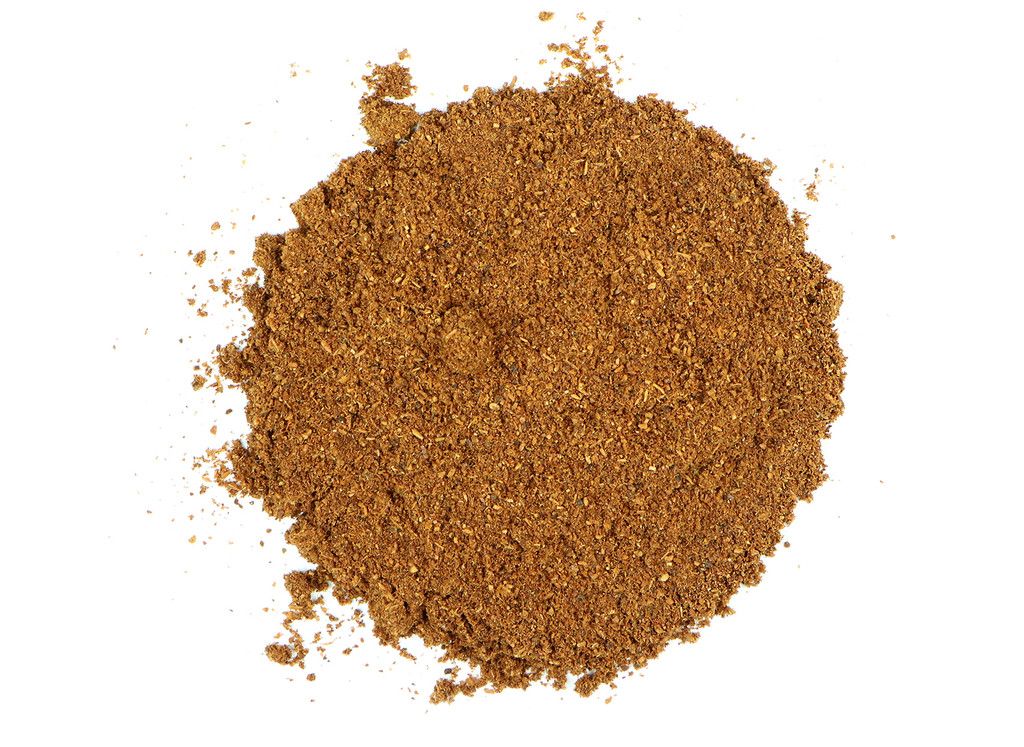 Star anise is the fruit of a small tree indigenous to China. It is highly aromatic and has a strong taste suggestive of licorice. Anise star pods are often added to warming beverages like chai, mulled wines, and liqueurs. It is also an integral ingredient in the Vietnamese broth called pho and the traditional Chinese five spice blend. Our star anise powder is milled from organic Illicium verum fruits. The powder can be dashed into baking recipes and culinary dishes, or used to make liquid extracts, herbal syrups, and homemade mouthwash.

It's easy to recognize anise star pods; they usually look like an eight-pointed star. This fruit of a tree in magnolia family native to China and Vietnam produces tough-skinned, rust-colored fruits that are picked and dried before ripening. Anise star pods are hotter, more pungent, more bitter, and much more “licorice-like” than the European anise. Common names include Chinese star anise and takkola.

Anise star pods are used in Chinese “red” cooking, where foods are cooked for a long time in soy sauce. The herb is used to flavor “marbled eggs” and many Asian soups, in Thai iced tea, and in Peking duck. Anise star pods are also chewed after meals in order to freshen breath.

Our star anise powder is milled from the whole dried fruits and can be added directly when cooking. Small amounts are recommended. Anise star pods are a powerful spice. The herb should be stored in a tightly sealed container in a dark, cool place. The tea is quite strong and only moderate amounts will be needed. May also be taken as a capsule or extract.