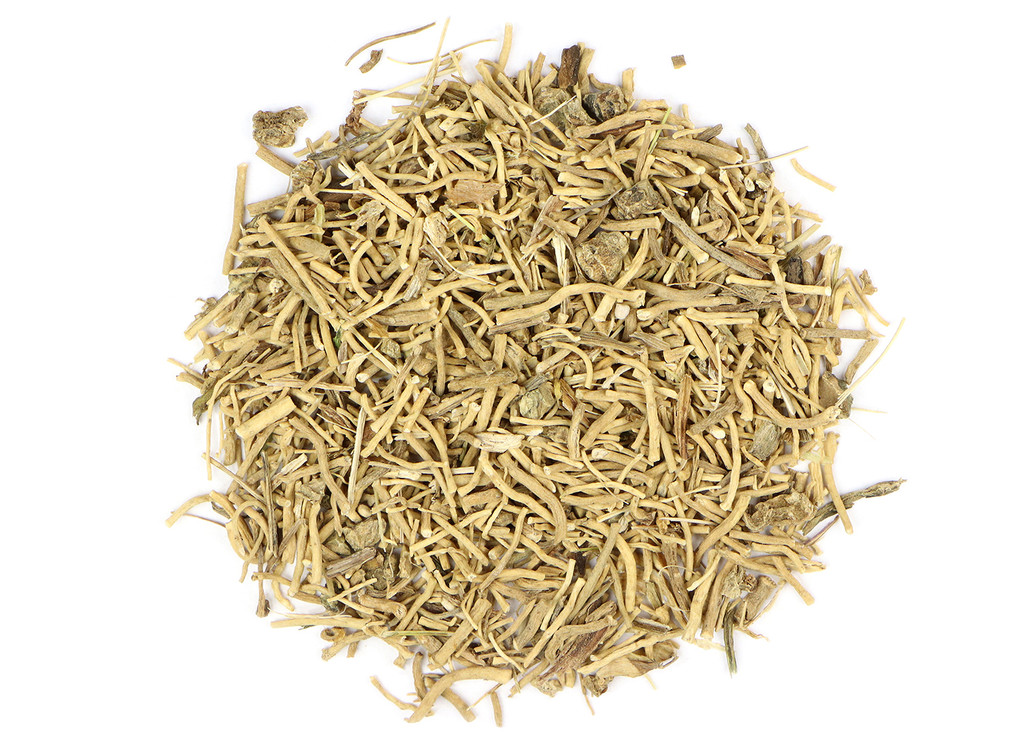 Valeriana officinalis is a member of the Caprifoliaceae family and known for its general calming effects. Valerian has pleasant, sweet smelling flowers and pungently aromatic roots. Despite the strong odor, valerian root has been used since the times of ancient Greece and in traditional European folk practices. Commonly infused as valerian tea, the roots can also be mixed into herbal tea blends or tinctured.

Valerian promotes natural relaxation and helps in coping with stress.*

Valerian is a perennial plant, native to Europe and parts of Asia. It grows in meadows and woodlands within moist, temperate climates and has since been naturalized in North America. The plant grows up to two meters high and produces small clusters of white or pink flowers. The flowers have a sweet, pleasant scent, in distinct contrast to the roots of the plant. The root system consists of a vertical rhizome and an abundance of smaller rootlets which are harvested and dried at temperatures less than 105 degrees Fahrenheit.

The roots have a pungent odor, considered unpleasant by many and sometimes compared to the smell of sweaty socks. Cats are highly attracted to the scent in the same way that they are catnip, having a tendency to bite the root and rub against it. The odor is also attractive to rats, as legend has it that the Pied Piper of Hamelin used valerian to attract the rats when luring them out of town.

Precautions
Caution is advised during the use of barbiturates, benzodiazepines, and other sedative drugs, as valerian has the potential to increase the effects of some sedatives. We recommend that you consult with a qualified healthcare practitioner before using herbal products, particularly if you are pregnant, nursing, or on any medications.