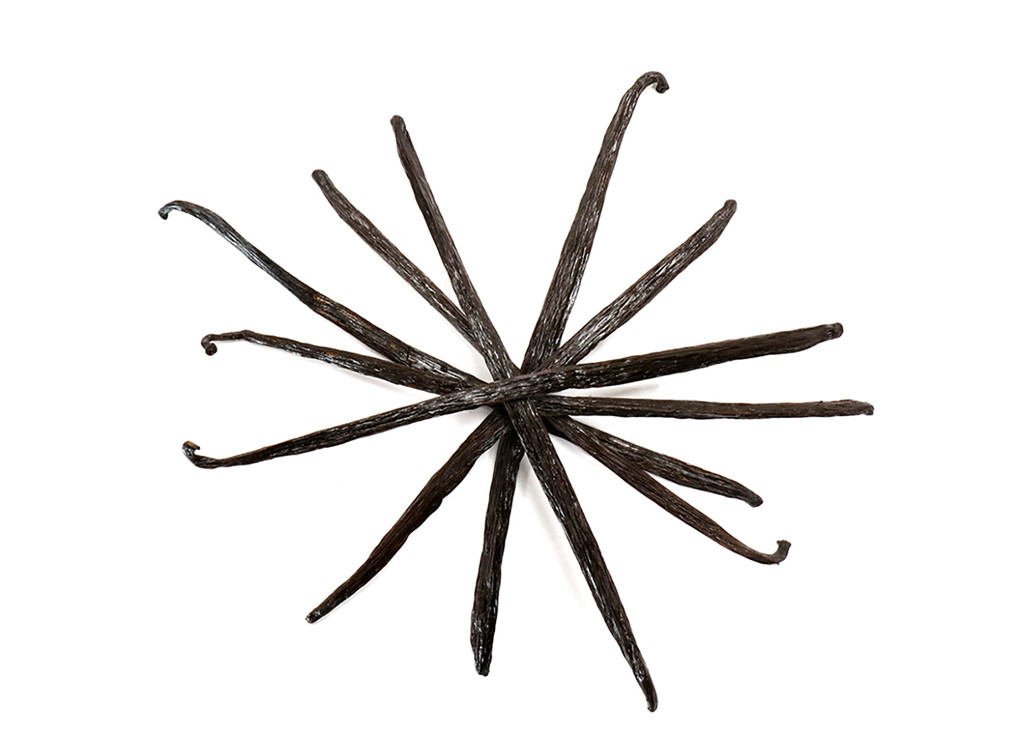 Vanilla planifolia is a tropical orchid with an exquisite, edible fruit, the vanilla bean. Although whole vanilla beans have become one of the world’s most expensive spices, they can be worth the splurge for their complexity of flavor. Our organic vanilla beans are transcendent in dessert recipes such as homemade ice cream, shortbread, and cakes. The spent pods can even be used to make homemade vanilla extract and vanilla sugar.

The ripe and fermented fruit (pod), also called the bean, is used whole. Whole beans can be steeped in alcohol to create vanilla extract or placed in sugar to make a vanilla-flavored sugar.

There are approximately 5-7 vanilla beans per ounce.