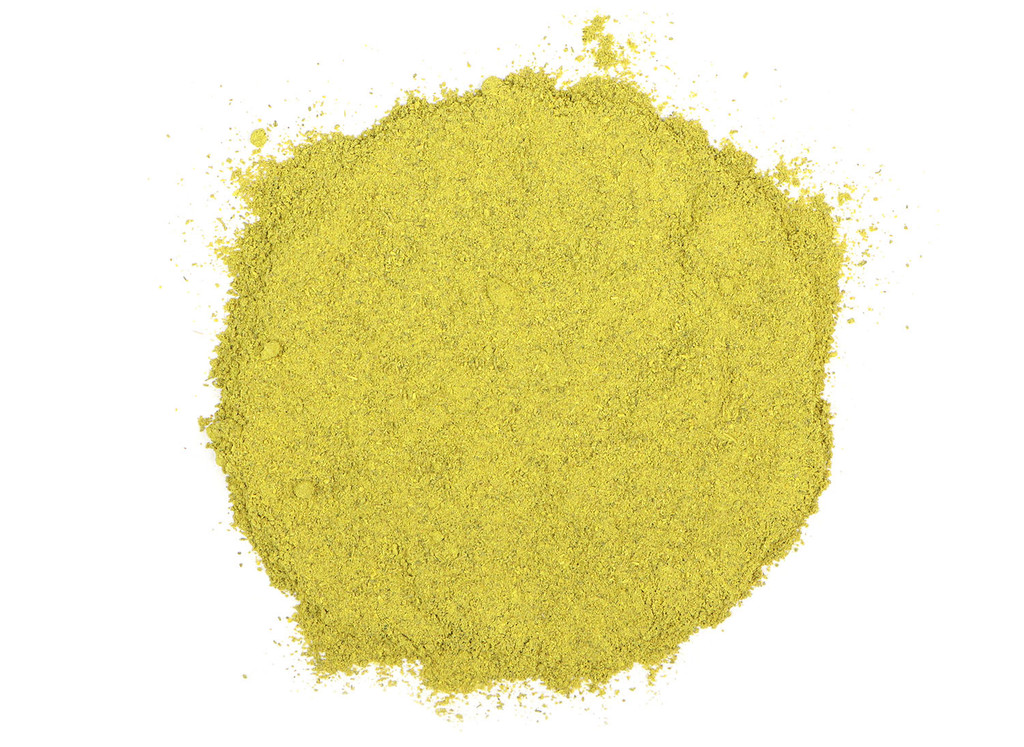 Hydrastis canadensis, distinguished by its yellow roots, is a perennial herb in the buttercup family and native to Canada and the eastern United States. It has a history of healthful uses by indigenous North American populations and later came into prominence among settlers in the 1800’s. The plant has remained popular, and threats from unregulated wildharvesting and habitat loss have placed goldenseal on United Plant Savers’ “at risk” list. Our goldenseal root powder is ground from consciously cultivated roots. Goldenseal powder can be applied as an herbal poultice, infused as an extract, encapsulated, or blended into topical creams.

Goldenseal root has a long history of use among indigenous cultures of the northeast, its native habitat. The Cherokee were known to use it for treatment of general debility, as well as mixing it with bear grease to make an insect repellant. The plant was first described to the outside world in the 1700's.

Goldenseal came into prominence among North American settlers in the 1800's, displacing its cousin goldthread as the popular herbal remedy of the time. By 1910 it was nearly harvested to extinction in the wild and is still a rare plant in some regions due to over-harvesting. As such, we highly recommend that goldenseal be purchased and used consciously and with concern to its environmental vulnerability.