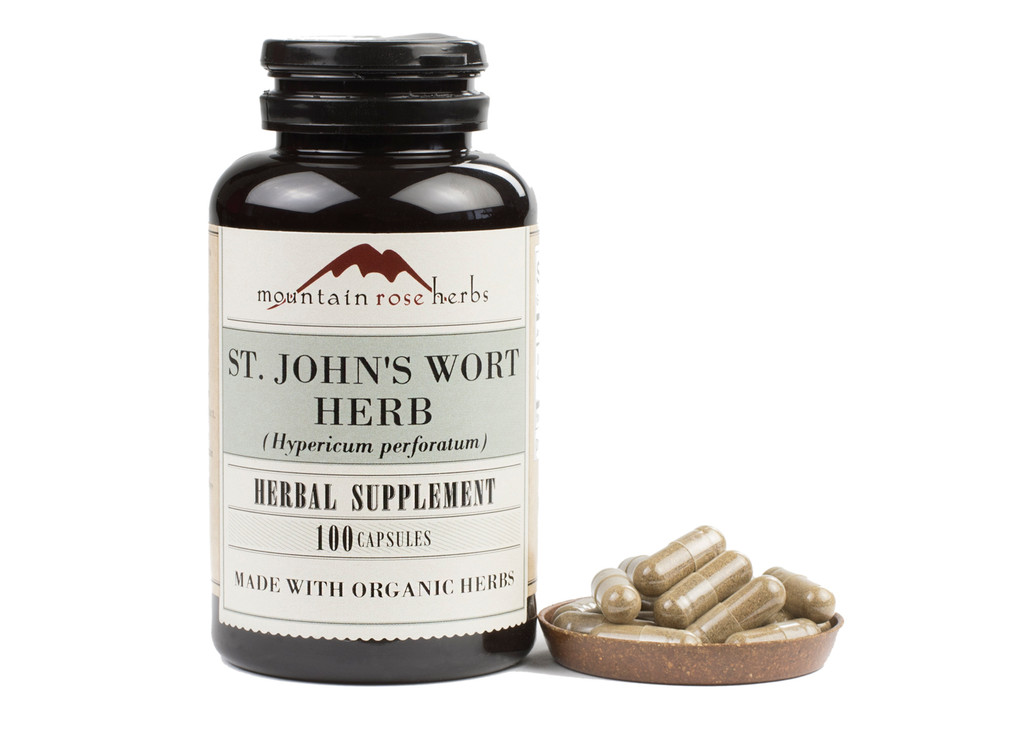 Hypericum perforatum is an herbaceous perennial that grows wild along roadsides and is distinguished by its bright yellow flowers that are reminiscent of the sun. Native to Europe, Saint John’s wort has naturalized in temperate climates around the globe and has a long history of use in traditional Western herbal practices. Traditionally harvested in the peak of summer between June and August, St. John’s wort is typical prepared as tea, oil infusions, and extracts.

St. John’s wort is a creeping perennial, producing star-shaped yellow flowers containing long, abundant stamens. The flowers continue blooming throughout the summer and may be freely harvested throughout the season. St. John’s wort is well regarded for its main constituent, hypericum of which the plant genus is named after. Considered a holy herb, St. John's wort was employed for a number of folkloric uses during the Middle Ages. It was once believed that the herb helped to protect people from curses, demons, and lightning.

The plant has a long history of use for its wellness-supporting qualities in both external and internal applications. St. John’s wort can be used topically in lotions, salves, herbal baths, and more. Additionally, the herb can be added to infusion blends or extracted. The cheery flowers may be a sign that St. John’s wort is indicated for those seeking additional emotional support. In fact, St. John's wort helps promotes a healthy mood and emotional balance.*

St. John’s wort capsules are a convenient option for receiving the beneficial support of the long-used and well-loved plant.

Ingredients
Organic St. John's wort herb and pullulan capsule. These vegan capsules are made from pullulan which is naturally fermented from tapioca.