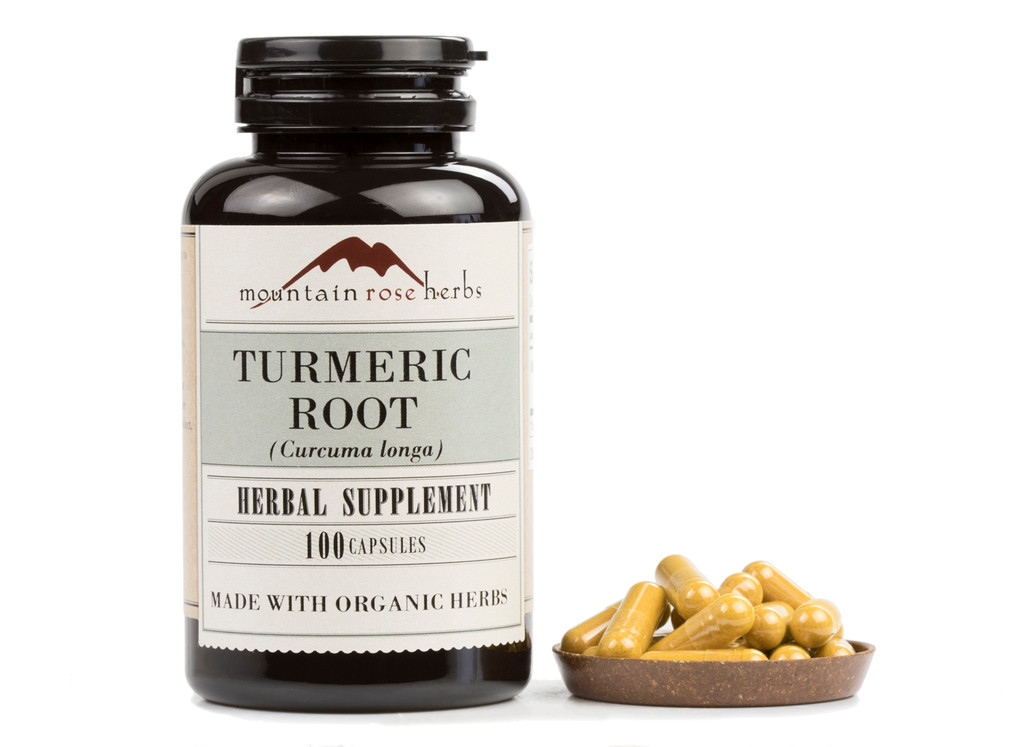 Turmeric is a well-loved herb that is highly regarded around the world. With a history of use spanning thousands of years, turmeric root remains a significant herb throughout southern Asia where it is employed for its healthful properties and as a culinary spice. Turmeric root’s main constituent, curcumin, is thought to be responsible for many of the rhizome’s wellness-supporting properties and results in its recognizable brilliant yellow color.

A member of the Zingiberaceae or ginger family, Curcuma longa is an herbaceous perennial native to India and southeast Asia. Turmeric likes to grow in tropical climates and has large, lanceolate leaves, dense spikes of tubular flowers, and tuberous roots. Turmeric also goes by the common names of Indian saffron and yellow ginger, as the knobby rhizome is said to resemble ginger.

Turmeric root has been employed in Ayurveda and Traditional Chinese Medicine for millennia where it is highly revered for its beneficial qualities. Considered energetically hot, the dried rhizome is aromatic and tastes mildly pungent and bitter. Recent scientific studies have shown the turmeric supports healthy joint mobility.*

Turmeric is considered a colorful and fragrant culinary spice and is especially recognized in Indian cuisine where it is often added to curry powders, lentils, and potato dishes. Because of its vivid hue, it has been used as a food coloring and dye. However, turmeric root powder can also be used in liquid extractions and encapsulation. Turmeric root capsules are a useful preparation for daily consumption.

Ingredients
Organic turmeric root and pullulan capsule. These vegan capsules are made from pullulan which is naturally fermented from tapioca.