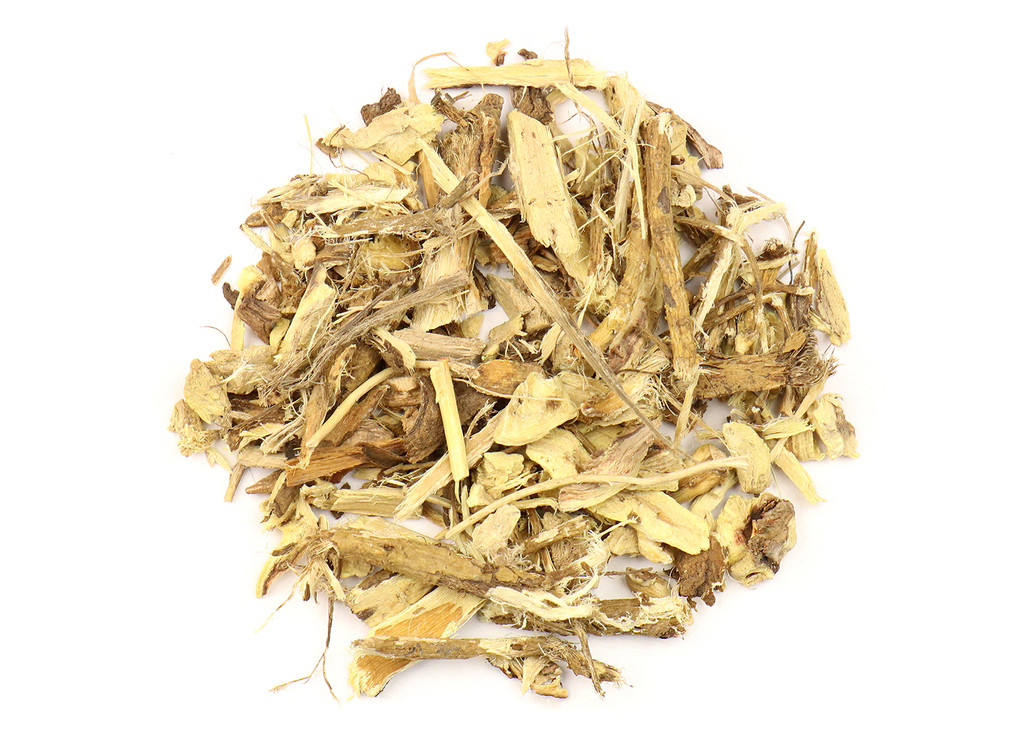 Baptisia tinctoria is an herbaceous perennial in the pea family with yellow flowers and a black, woody root. Although its scientific name stems from the Greek word, Bapto, meaning to dye, wild indigo is inferior as a dyeing agent compared to true indigo, Indigofera tinctoria. Common throughout the eastern United States, wild indigo root has a history of use in traditional indigenous healing practices for its beneficial qualities. Typical preparations of the root include decoction, tincture, or syrup.

A perennial member of the pea (Fabaceae) family, wild indigo favors dry, poor soil in open areas, and is common throughout the northeastern United States as far south as Florida and west as Minnesota. A North American native, both its common name and its botanical name (which combines the Latin and Greek words for "dye") indicate that it should be a rich source of dark blue pigment, but unfortunately the dye it yields (which is contained in the cream-colored to bright yellow flowers and seed pods, and is difficult to extract) is considered inferior to that of the true indigo plant (genus Indigofera). Instead, wild indigo root has a long history of traditional indigenous use, dating back to the Mohegans of southern New England.

Most often used as a decoction (a half teaspoon in a cup of water up to three times daily), or a tincture (1-2 ml three times daily). An inferior blue dye can be extracted from the flowers and seed pods through a complicated process involving chemicals and fermentation.