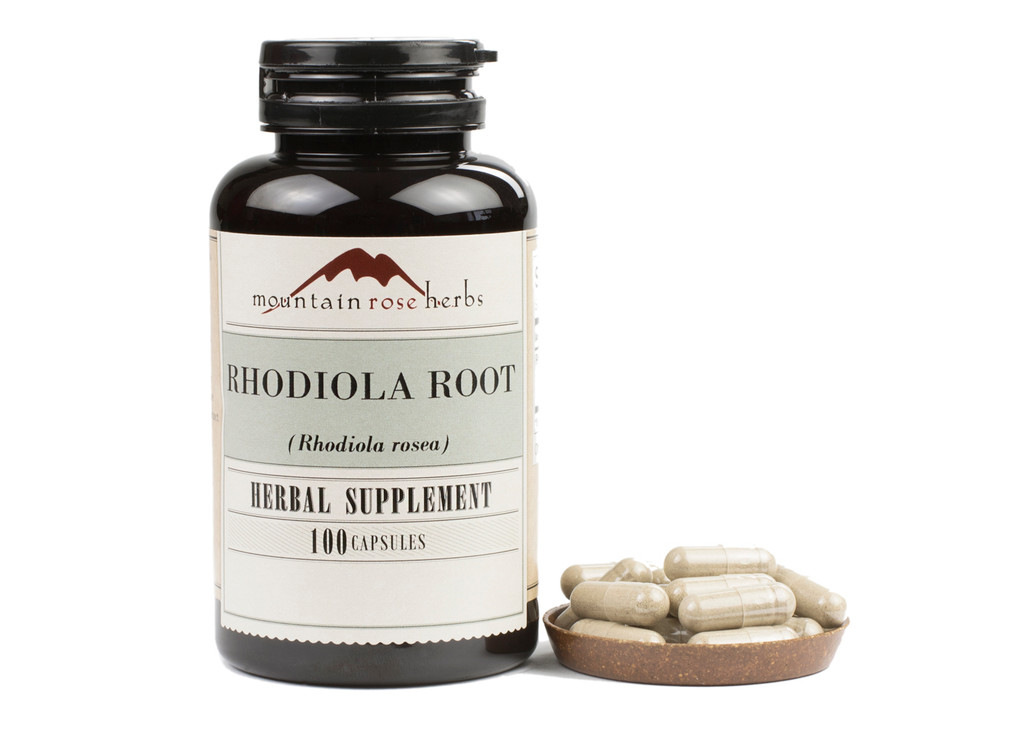 Rhodiola rosea is one of 90 different rhodiola species found throughout the arid sandy soils and high altitudes of the artic regions of Europe and Asia. Also seen growing in northern Canada and the United States, rhodiola root is known for its fragrant rose-like scent, red-purple hue, and adaptogenic qualities. A member of the Crassulaceae family, the root has been employed for its healthful properties throughout Europe and Asia for thousands of years.

Due to its popularity worldwide, overharvesting of wild rhodiola populations is now a threat. Several countries are avidly working to protect this species from extinction by classifying it as endangered or by funding cultivation efforts. We support farm partners who organically cultivate Rhodiola rosea root to help ensure the future longevity of the plant. As such, the rhodiola root powder employed in our capsules is organically cultivated.

While rhodiola root has been utilized for thousands of years in traditional European and Asian healing practices, it has just recently gained popularity in the United States. Some of the roots first recorded uses can be traced back millennia to Tibet and China. In Traditional Chinese Medicine, the root was considered to nourish chi and was a helpful ally during winter months. Additionally, rhodiola was utilized in folk herbalism throughout Siberia, Russia, and Scandinavia where the root is steeped in local mythology. Rhodiola promotes a healthy response to stress and supports adrenal functioning.*

Rhodiola root is considered energetically cold to slightly warm and has a sweet yet bitter flavor. Typical preparations of rhodiola root include a decoction of rhodiola tea, liquid extraction, and encapsulation of the powder.